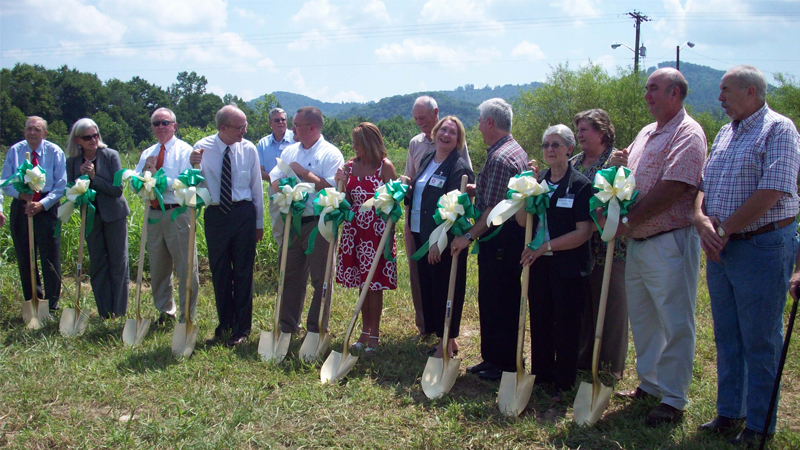 1970
The Dungannon and Fort Blackmore Ruritan Clubs began a project to bring a physician to the communities.

1974
Vanderbilt University holds a health fair in the Dungannon School building. The health fair served as the catalyst to form a group that was charged with constructing a clinic and staffing that facility. Funds were raised as the facility was built. With donations of funds, materials, and labor as well as support from the people, churches, clubs, and businesses, the facility was erected without obtaining loan funds or government support.

1996 – 1997
CRHS received a grant from the Virginia Health Care Foundation to expand the original facility to double its size. The expansion was completed in May 1997. The expansion increased the number of exam rooms which made it possible to add more providers to accommodate the increase in the patient load, dental services were provided through an arrangement with Stone Mountain Health Services, and behavioral health services were added.

2001
The center earned accreditation by The Joint Commission and the Gold Seal of Approval.

2007
An electronic medical record system, eClinical Works, was implemented in February 2007. CRHS was the third health center in the state to begin using an EMR.

2011
Due to space constraints, property was purchased and a new 12,000 square feet facility was constructed just down the road from the original building. Staff began using the new facility in May 2011.

2013
The center achieved recognition as a Level 3, Patient Centered Medical Home.
The center hired two outreach and enrollment staff to assist patients and residents of the surrounding area in enrolling in the Affordable Care Act insurance program

2016
The center once again was recognized as a Patient Centered Medical Home.

2017
With assistance from HRSA grant funds, the center was able to add Substance Abuse Counseling services and Case Management.

2018 and Beyond
Keep checking back for what’s coming up next.